What If We Were Real? 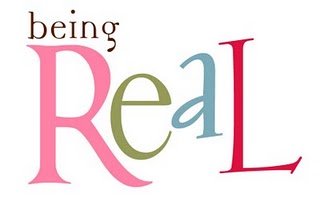 If you don't know me personally then you probably don't realize that one of my favorite singers is Mandisa... There is this honesty about her... Her CD is the first one I listen to in the morning... The name of her most recent CD is Stronger... I was thinking about the song "What If We Are Real?"

How would people really react if we told them what we were really feeling or thinking... For example when we see someone, most of the time we ask them how they are doing... I think that can be a loaded question with some people and they go on and on... Or I know they aren't doing well, so I will ask something else that won't take me so long to get through the conversation... I know I have a very select few that I will share what is going on with me and then I am still not saying it all... I think sometimes or atleast for myself, we can show too much of ourselves...

I think I am this way because of some people that are in my life or has been in my life... I learned along time ago that it doesn't do much good to say what is really on my mind, because it doesn't matter... Usually my answer is "I am Fine", or "It is what it is!" and I leave it at that... I am sure there are many who really want to know what is going on and in my thoughts it is just too long, drawn out and not really important... But when I listen to Mandisa's new CD I can't help but wonder what would happen if I told someone straight up what I was thinking or feeling... Would they run away like a puppy dog with the tail between the legs or what? 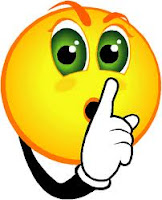 I have a friend that when this friend calls, I just dread picking up the phone... The reason why is because there is always something that is going on... It takes forever to get off the phone when this person calls... Most of the times I just let it ring because I don't have the energy to keep up with the conversation...  I think that is one reason why I don't really open up too much... I don't want the person on the other end of the phone to say, "Oh No! It's Sandie! Should I Pick Up or Should I Call Her Back Later?" So my answer to this problem or thought is that it is better to just stick with the small talk and not open up about every little thing... Although I get going on my blog and that may bite me in the hinney one day...

Music Video- Mandisa's  "What If We Were Real?"


The new song by Mandisa asks about if we were to say what we were thinking and share our brokeness... Some of the lyrics are below... I would think if we were real, it would scare people and wonder what they got themselves into... When I do say what I am thinking, usually it seems to backfire on me... But it would be nice to be able to say what you are feeling, and know that it will be ok...

"What If We Were Real"

We keep tryin to make it look so nice
And we keep hidin' what's goin on inside
But what if I share my brokenness
What if you share how you feel
And what if we weren't afraid of this crazy mess
Posted by Sandie at Sunday, June 19, 2011