Freedoms We Take For Granted... 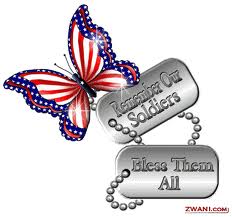 With today being the 4th of July and Independence day for the U.S.A I would like to wish everyone a happy and safe 4th of July... God Bless America and all of our troops that are fighting for the freedoms of others... BTW... Be safe also with fireworks... If you live by me, I would prefer you to not burn down my town...

I think freedom is something we take for granted here in the USA... We are able to go where we want for the most part unless it is Area 51 or something like that... We are able to marry the person of our choice, choose where we want to worship or not worship... It's beyond me why someone wouldn't want to worship God, but that's their freedom of choice... We are able to work where we want and have the friends that we want or choose to have... Although there are some people I would choose not to have in my life, but that is what it is...  We have the freedom to have as many kids as we want without penalty... Although not sure what people are thinking when they have too many... I would need to have a sanity pill for that one... We can vote for who we want to be in office... We have these freedoms because others gave their lives so we could have what they chose to fight for...

There are many countries that would love to have what we have... I am thinking about the men and women who are fighting for freedoms of others today... I am also thinking about the men and women who are being persecuted for their faith... Freedom of religion is the freedom I want to focus on and those who are being imprisoned for their faith...
These are just two individuals that have been in prison because of their faith... You can go to PrisonerAlert.com and read about others that are being persecuted... You can also go to Voice of the Martyrs Website... They have some free offers on there....

Pastor Vahik Abrahamian and his wife Sonia Keshish-Avanesian were with their friends, Arash Kermanjani, and his wife, Arezo Teymouri, when all four friends were detained on September 4, 2010.

The two couples were arrested at the Abrahamians' home in Hamadan, west Iran, and taken to the Ministry of Islamic Guidance prison.

For the first 40 days, they were held in solitary confinement and reportedly suffered physical abuse and psychological pressure.

The four have been accused of various offenses, including propagating Christianity, opposing the Islamic Republic of Iran, and having contact with exiled opposition figures. They have not yet been charged.

Over six months have passed since the two men and two women were arrested. They are under pressure and intense interrogation, according to Mohabat News. They were transferred from Hamadan prison to Iran’s notorious Evin prison in Tehran.

Their families are concerned for their health, but have not been able to find news of their loved ones. They are also worried about the children of the believers.

Pastor Vahik was arrested once before, on Feb. 20, 2010, on charges of conducting activities among Muslims. He spent two months in prison before being released on bail. Pastor Vahik has dual citizenship in Iran and the Netherlands, but because of his passion for the Iranian people, he chose to live in Iran.

Vahik Still in Prison
When Vahik's wife, Sonia, was released from prison a few weeks ago, officials told her they would release her husband 10 days later. Unfortunately, that has not happened yet, and her husband remains in prison.
Location: Pakistan
Arrested: June 2009
Days Imprisoned:745

Asia Bibi, a 37-year-old Pakistani woman from the village of Ittanwali, was arrested by police on Friday, June 19, 2009. Asia (also called Asia Noreen) is the wife of 50-year-old Ashiq Masih, and their family is one of only three Christian families in a village of 1,500 families.

Many of the local women, including Asia, work on the farm of Muslim landowner Muhammad Idrees. During their work, many of the Muslim women have pressured Asia to renounce Christianity and accept Islam. In June, the pressure became especially strong.

On Friday, June 19, there was an intense discussion among the women about their faith. The Muslim women told Asia about Islam. Asia responded by telling them about her faith in Christ. Asia told the Muslim women Christ had died on the cross for sins, then asked them what Mohammad had done for them, according to VOM sources. She told them Jesus is alive, but Mohammad is dead. “Our Christ is the true prophet of God,” she reportedly told them, “and yours is not true.”

Upon hearing this, the Muslim women became angry and began to beat Asia. Then some men took her and locked her in a room. They announced from the mosque loudspeakers that she would be punished by having her face blackened and being paraded through the village on a donkey. Local Christians informed the police, who took Asia into custody before the Muslims could carry out their plan. She was held at the police station in Nankana city. Christians there urged the police not to file blasphemy charges, but police claimed they were under pressure from local Muslim leaders.

Seventeen months after Asia’s arrest, she was convicted of violating subsection C of Pakistan’s 295 blasphemy law - blasphemy against the prophet Muhammad - and was sentenced to death. No Christian in Pakistan has ever been executed under the blasphemy law, but in several cases,extremists have murdered Christians after their release from prison. Asia’s conviction and death sentence have brought international attention to the country’s blasphemy laws. Christians have called for Asia’s release and for a repeal of the laws, while extremists in Pakistan continue to demand that she be executed.

The Voice of the Martyrs urges Christians around the world to pray for Asia Bibi and her family.

Asia Missing Her Children
Because of safety concerns, Asia Bibi has not seen her children since December 2010. Her husband reports she misses them, but that she is doing as well as can be expected. After the death of two prominent politicians who were helping, Asia is worried about other Christians in Pakistan connected with her case. She prayed all night for them on March 5, 2011. She said, “Please continue praying for me with commitment.” Pray for Asia’s faith to stay strong and for her family
Posted by Sandie at Monday, July 04, 2011