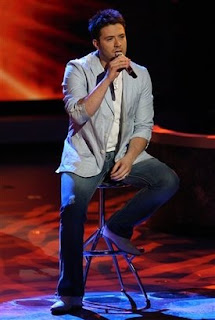 I am sitting here watching American Idol Extra and had to agree with what Simon told Danny. He should not have been the one sent home and he has a lot of talent. He told him that he should have been in the top two. I am not happy that Danny got sent home tonight. When Danny sang the song "You Are So Beautiful", you can feel the love he has for his wife. You can feel what he is feeling when he sings. Paula was really upset as well. But at the same time... It won't surprise me if Danny gets a deal. He is awesome and sings the kind of music I would buy. I am hoping he will put out a CD that is in the gospel line.

Last week Danny hit a bad note, but that shouldn't have been enough to get him booted. BUT, in my personal thoughts, they are all winners in their own rights.

I wasn't too impressed with parts of the show tonight though. Not sure on the whole Katy Perry thing. I guess I remember her from when she recorded under the name of Katy Hudson and she sang Christian music. I didn't like her outfit at all. Now granted she is an entertainer... But what was up with that outfit she was wearing. I was waiting for Adam Lambert to join her in song. They are both out there in someone else's planet or something.

I guess if I am going to vote next week, which I'm not sure on. I will be voting for Kris. He has a sweetness about him... Out of the two left, he is the one I would maybe buy his music. But, gee whiz, I can't believe Danny is going home. I think he is gonna do great in his future... I am hoping one day when I turn on KLOVE, I will hear his music along with Mandisa.

Danny said he said now he can finally be me and let his guard down. he was saying how ten months ago he felt he had no hope. He was standing beside his wife's casket and wanted to give up. Now feels that he has hope and that you are stronger then you really are. You have to put your guard up and felt he needed to put on this front. And now it is down and I want to freely talk about this and how if he can do it , anyone else can.

What a powerful message that is for us all. I am sure that many times we felt that we wanted to give up and he has shown that life can go on and that when we have no hope, we can go on and that there is a future and that things will get better and we can become stronger. Danny is a worship leader at his church and what a difference it makes when you know the Lord and that He is with you even in the darkest moments and times in your life. 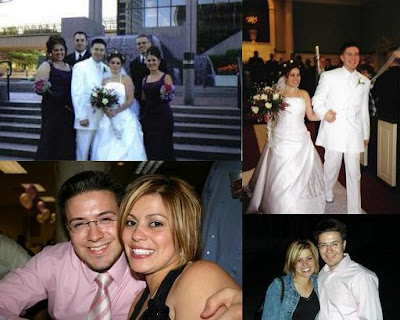 Danny Gokey and his wife Sophia

He started a foundation called Sophia's Heart Foundation- He wants to bring hope to people. We can bring entertainment and he wants to give them hope and we can rise up from our situation. Click Here to Check It Out

Sophia's Heart Foundation was founded upon the life of an extraordinary woman whose love for children overflowed and touched the lives of countless others. Sophia was a very outgoing woman who, despite her heart condition, remained full of optimism, energy, and selflessness. During her vibrant and meaningful 27 years of life, she relayed the importance of meeting the needs of children emotionally, spiritually, and mentally.

In her passing, the mission began to develop her legacy, and to share the heart she possessed, through a living continual demonstration of her love.
Posted by Sandie at Wednesday, May 13, 2009