So Much Evil In the World!

I was driving into town today and on my favorite radio station KLOVE there was this woman that called in a prayer request. She was loosing her home to foreclosure and just two months ago her father passed away. All the money she had to move with had to go towards her fathers funeral. I think about Christmas as a joyous time. But what about the people who face daily hardships like this woman who was in tears, not knowing where to turn? What about the ones who have nobody else to turn to when they are desperate and alone?

A half hour of so later another woman called in and wanted to know if there was a way to get ahold of this woman because she knew of someone who could help. Wouldn't it be nice if people would step up to the plate and help those in need? 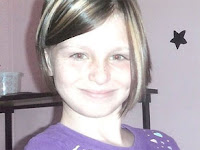 Then I think of the flip side. It seems like alot of the news is bad news. For instance this little girl Zarah that was murdered by her father and step mother and dismembered. She was only 10 years old and living in the Hickory North Carolina area. My daughter Jessica and her family just moved from there. But this little girl had cancer, a prosthetic leg and deaf. You hear stories like this and it just makes you so angry and upset and wonder where the justice is.


Not so long ago there was atleast 3 ladies that have claimed to have cancer and has milked their families and communities out of thousands upon thousands of dollars. People are willing to help those in need with little proof that something is real of not. As a Christian I know we are suppose to help those in need and have faith that all will work out in the end. Alot of these families gave to their loved ones because they believed what they were saying. How many of us would ask a person that says they are dying of cancer for their records? I know I wouldn't do that. Go to yahoo.com and see how many cases come up when you type in Woman Fakes Cancer...

Now back to this lady on KLOVE... There was something in her voice that would tell me that she needs help. I pray that she is able to find a place before the sheriffs department shows up at her door. She didn't ask anyone for anything other than prayers and I will be more than happy to offer that to her... But now I guess I am just so Leary on believing what people say to be truths or is it scams? Should we continue to trust until we  have been burned or should we be like Christ and offer a helping hand to those that are in need. I am more of a person who would help someone and then find out later on that I got burned, get mad, then let it happen again...

I guess in alot of ways I should be grateful to see the things I see, because I know that these are all signs that Christ will be coming soon. It doesn't make it easier to see so many people getting hurt, used, murdered and abused though. My thoughts and prayers go out to all who are suffering and don't know that Christ is there and will provide you with all your needs.
Posted by Sandie at Wednesday, December 01, 2010