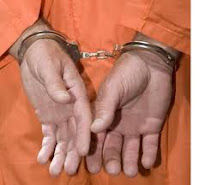 I think it is a total pain when you watch the news and see people that get away with anything because they have money and power... What got me thinking about this is Lindsey Lohan. If I did the things that she did, I would have the keys thrown away as they locked me away. Although I think now that she came out of rehab, she should be given a chance to see if she can make it. She should have been made to serve her whole time that she was given, meaning jail time.

Then you have Paris Hilton that just got busted for cocaine possession in Las Vegas. She went to court and got community service but no jail time after getting in trouble time after time for the same thing. She told the judge that she lied to the police officer and then told the judge that she was the one who was possessing the cocaine... Ughhh, so he let her off basically with community service.

I know so many that have made mistakes and bad choices and was thrown in jail/prison for years. There is one person in particular that I am thinking about. I'm not mentioning any names about who. But this person and I went to get some tacos just over the border of Mexico. Matter of fact we were able to walk over the border. We got over there and we got our tacos. As we were coming across the border, they took this person aside and told her that she was being held. I was not impressed and she had no clue she was violating anything. She even made sure I had my ID with me because they will check it, so I know she had no idea... What got me about this situation is that they ended up keeping her in custody for I think 2 years or more. All of this because of 2 stupid tacos.

Then this other teenager decided to go swimming in the city water... He ended up in prison because he wanted to do what many of the kids in Willcox did as a kid... They actually considered him a terrorist at one point and put him on CNN... He just barely turned 18 and the other boys got off scott free after fines... So now he will have his life judged because of this careless act.  This water tank was a place that many of us kids would go hang out at and it was a crock... 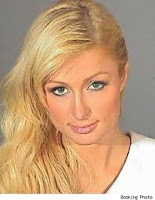 As I was listening to what is going on with Lindsey Lohan, Paris Hilton, Brittany Spears, Randy Quaid, Mel Gibson and Charlie Sheen in addition to all the other stars who do the stupid things they do over and over again, I couldn't help but think about where our tax dollars go. I believe anyone deserves a break and should be given a chance. But how many times do you have to give someone a break. I guess it all depends on how much money you have. I wonder how many people are in prisons for stupid things and we are paying for them to sit there and watch TV and have recreational activities.

In closing I personally feel that everyone should be treated the same and they need to stop throwing people in jail for stupid things and those who repeatedly do the same stupid things, throw them away and loose the key for a long time.  Just because someone has alot of money, a star, mobster or whom ever, they should be treated as equals... But unfortunately, it doesn't happen that way. I would also like to say that I think it is cool that they guy that got found innocent after 30 years in prison is free... But the state of Texas thought only $25,000 was good pay for the time he served and spend away from his family, PAALEASE...
Posted by Sandie at Tuesday, January 04, 2011