Sick Sick People Out There!

Yesterday when I went to Yahoo and see what was going on in the world... This is the headlines that show up... So So Sad... I feel for the mother and those who loved this little boy...
Rest In Peace Jori Lirette
When You feel Lonely
When a person you love passes away. Look to the night sky on a clear day. The star that to you, appears to be bright, will be your loved one, looking upon you during the night. The lights of heaven are what shows through. As your loved one watches all that you do. When you feel lonely for the one that you love, look to the Heavens in the night sky above.
Author unknown
This is the Sicko That Did This

I hate it when something like this happens... I know there are alot of sick people in this world... But how can anyone do the things he did to his child?


A 7-year-old boy with cerebral palsy and other disabilities including not being able to speak was decapitated, and his biological father has confessed to the killing, police in Thibodaux, Louisiana, said Monday.

THIBODAUX, La. (AP) — A Louisiana man is accused of decapitating and dismembering his disabled 7-year-old son and leaving the boy's head near the street so the child's mother would see it — a killing that brought seasoned police officers to tears, authorities said Monday.

Silverii said the motive was unclear, though Wright told police "that he'd gotten to the point where he was tired of taking care" of the boy, who had cerebral palsy and heart problems, needed a feeding tube and was in a wheelchair.

"He said when he put his head out by the side of the road it was so the mother would see it when she came by," Silverii said. He said Wright's only explanation for doing so was "just that he wanted her to feel stupid when she saw the head." 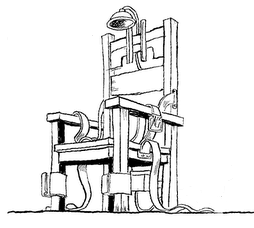 My thoughts on this is that there is some sick sick people out there... Why in the world would a father do this to his child... Even if the child is sick, it doesn't make it right... By the sounds of it, he did it to get even with his wife... He confessed to the killing and I wonder if he is going to plead insanity... Thankfully he isn't in Florida where he could get away with this like Casey Anthony did... I don't know how LA is, but I sure hope he gets the death penalty for this... I don't believe in murder but I do believe in the death penalty for things like this... So sad...
My thoughts and prayers go out to this family, friends and town... I can't even imagine as a parent seeing my child decapitated and dismembered...
Posted by Sandie at Tuesday, August 16, 2011

if this man doesnt get the death penality then the court system is screwed up. He should die the same way he killed his son. an eye for an eye. What a sick sick man.