How Others View Americans... Not All! But Some!

Today, I decided to click on a link that was about this woman who collapsed at the Heart Attack Grill in Las Vegas NV... Somehow I ended up on the yahoo story that was for the UK Yahoo... Not sure how I did that, but it happened... I always thought that it was a myth on how some countries viewed Americans... That was until I read some of the comments that was posted on UK Yahoo... Wow, talk about judging a nation harshly... I wanted to go on the defensive, but I refrained from doing that since I didn't want to start a fight with another country on how not all Americans are like the ones that eat at the Heart Attack Grill... And I', sure by some of the other comments that the UK is like America where they don't judge others based on where they live and hopefully by the person they are...  But here are some of the comments... I won't put names, but you get the idea... These are word for word... I don't want to stir things up... But it pretty much ticked me off that so many think that Americans are fat, stupid, laughable and pathetic... I'm proud to be an American... And I think it is wrong how anyone can label another if they don't know them personally... 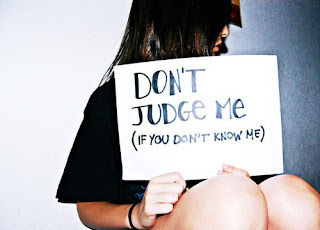 I got to thinking about how the human race is... We judge others before we know them... We think we are right and the other person is wrong... We are all imperfect and have made good and bad choices... I didn't post this to get everyone in an uproar, but it got me thinking about what others think about us Americans..  Reading these comments interesting and upsetting to see how we are viewed... I'm glad God doesn't view us this way... He views us as His children... And He loves us no matter where we are from... Good thing... 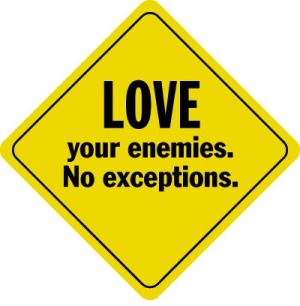 This hit a sour note with me... Maybe it's because I live in Utah... Hmmm
________, i wanna see what you say if you get stuck in Utah for a week... i saw born and bred Americans run away from there, cursing and crying :)

The Flip Side... These are actually intelligent answers or replies...
A couple of my favorite replies...

In Closing: As an American, I'm proud of where I live... I try not to judge people that live in other countries... I don't know them, how can I judge them...That's not my place to do that...  They are born where they have been born just like I have been born here... I don't know why Americans are hated in many countries... Maybe I will have to look that up... I go more by the rules of Christ... We shouldn't judge others or we will be judged too.. We are to love one another as He loves us... I don't think there are county lines or better benefits to His love because I live in the USA or if someone else lives in a small village in a third world country... We are all God's children, no matter where we come from... Our ultimate destination should be to live forever with Christ... Not live in the USA, UK, Africa or any other country...
Posted by Sandie at Thursday, April 26, 2012

I feel as apparently others do it makes no difference what someone of one political theology over another may think! Or what what nation over anouther may think but what God thinks is the most important thing!

Love of neighbor is what Christ told us to do but how well are we loving when we pass judgment on others?

When I do it I feel like I am one who is watching another doing what I think is foolish! And I am doing it while I am standing in something that looks like mud, but has a different smell to it!

I feel we'd all be better off by just looking at oursleves first before we cast stones at anouther!

Remember Peter as he watched Jesus walking on water. Then he stepped out of the boat and worried about the water! You see Peter took his eyes off of our Lord and when he did he sunk into the water!

You just got the thoughts of someone without a mind but I do have a soul and I can only hope when I go home God will say I did a good job!

His Garden
No matter in which way you may look, what you seek, is found in this one book!
So as I look in any direction, from the East to the West!
Is there somewhere I can find a good place in which to rest?
There is this place I’m told, by a prophet who was very old!
A place that’s not to hard to find,
a place of peace, for both the spirit and the mind!

In the midst of this garden, He has planted two trees.
One has the fruit of innocence and of all the things, we each should be!
While the other holds the fruit of knowledge of all things right and wrong!
things often spoken of, in King David’s Psalms!

So welcome, to His garden my dear friend.
Now take care where you may walk, so as not to offend!
For in here is the essence of life, from our beginning, to our end.

In His garden are carefully sowed seeds,
that a man must continually work at, to keep out all the weeds!
And from its fruits you shall find the abundance of your life!
As it is when two come together as a husband, and as a wife!
In this garden nothings ever borrowed, sold or used,
and in here no one is ever cursed at, hurt or abused!
It’s in here, where are found the secrets, of where you first began,
And in here is where you shall find, a loving and a lasting friend!

In His, garden lay the secrets of eternal life,
Where, nothings ever hidden, nor is it ever kept out of sight!
And it’s simply found by loving one another, while guided by His Holy light!

So take my hand, as you walk out of that lifeless sand!
There now just sit for a just moment, under His Tree of Life!
Where nothing’s ever wrong, and all things, are right!

In hear is only loving peace, and that’s all that you shall ever find!
If you take care, remembering to always be gentle and to be kind!
So let your hearts never become hardened,
While resting here in His loving Garden!