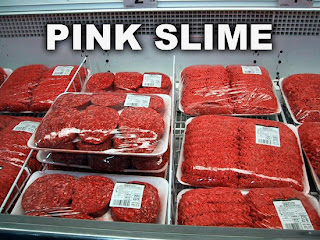 What is Pink Slime?  Pink slime, or "finely textured lean beef," is ammonia-treated ground beef filler made from trimmings that were once more commonly used as ingredients in dog food and cooking oil. It's manufactured by Beef Products, Inc., a company name that seems invented for a Simpsons episode. Although the USDA maintains that it's not an additive and thus doesn't need to be labeled, critics argue that it's less nutritious than natural, slimeless ground beef, and numerous consumers have responded by way of their gag reflex.
I don't know about you, but when I read about pink slime and how how it is put in our hamburger, it makes me want to be a vegetarian... I got to thinking about pink slime though and what other things are added to our foods... It's not just beef that is treated, but you can find chemically altered food or genetically altered food all over the place...

My grandparents and parents for the most part either grew or butchered our own food... We knew where it came from and what was in it... I have to say that I have bad image problems of when they butchered our pet bull Charlie... Wasn't a good moment when I seen him hanging from a tree by the hoofs and skinned... For the longest time, I didn't eat any meat... There was no way no how I was going to eat any part of Charlie... We also had our own gardens and my parents would can our own foods... I think we need to get back to where we know where and how our foods are grown and taken care of... Even recently, we had a bull named Ricky... He was butchered, but I couldn't eat any of his meat either... But we knew where the meat came from... Granted, not everyone has that option... But we can be more proactive when choosing healthy foods...

But back to pink slime... Yuck! Even the thought of it sounds horrible... I contacted some of the stores in our area to see if they carried meats with pink slime... Smiths said they ground their own meats for the most part... But if you are buying hamburger in the chubs (tubes of meat), almost guaranteed you are getting slimmed... I called Lin's Marketplace and I pretty much knew this answer, and they are slime free... I have seen them grind their own hamburger each morning since I worked there... But I wanted to be sure... Walmart says they are slime free now and so is Albertsons... Dixie Meats in the Phoenix Plaza off of Sunset in St. George is slime free too along with Harmons... If you want to know for your area, you may want to call the stores and ask for someone in the meat department and they should answer... Since I worked at Lin's, and I have done this before... I would buy a roast and have them grind it up to make my hamburger... Most butchers will do that if you ask them... If you aren't sure and you want to know what is in it... Then ask them to do this... McDonald’s said last month it was no longer selling products with beef trimmings, and Taco Bell and Burger King have stopped using meat fillers in their products. 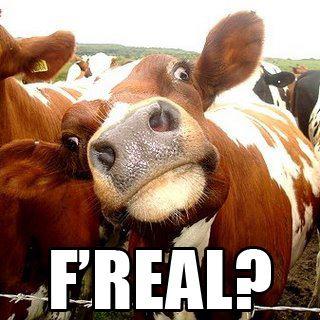 The thought of what they put into hamburger makes me sick... I watched a documentary on how they make hot-dogs and sausage, ughhh... Ok, well that is another topic... If people want to eat this stuff, by all means do it... But I want to know what I'm eating and they should be disclosing what is in the meat and in the foods we are feeding to our families... If they outlawed the use of pink slime in other countries (i.e. United Kingdom) for dog food, then why would we want to eat it? And even worse feed it to our kids...

All of the information about pink slime came about because of an email that was sent out... This is what a yahoo article said it came about...

How a private email led to this latest food fight.
Lean finely textured beef (LFTB) doesn't sound so bad, but a microbiologist's way with words—coupled with a celebrity chef's outrage—caused nationwide revulsion, hamburger chains to take out full-page ads disclaiming all slime-age, and meat-processing companies' bankruptcies and plant closures.


Microbiologist Gerald Zirnstein had intended his phrase in an email, "nasty pink slime," only for fellow scientists at the U.S. Department of Agriculture. A disgusted Zirnstein, who inspected the Beef Products, Inc. (BPI), had been upset that its trimmings had been approved for the consumer market.


The email was later released to the New York Times as part of a Freedom of Information request for a 2009 investigative article on food safety. The newspaper article mentioned the slime reference in passing. "Nobody did anything (about pink slime). USDA dropped the ball again. The meat industry soft sold it," said Zirnstein, who left USDA and took a job as an industry consultant but now is unemployed. The issue got renewed life when British celebrity chef Jamie Oliver, who advocates for American children to eat healthier food, devoted an episode of his television show to the topic in April last year. (March 26, Reuters)If you want to read the entire article you can check it out... There is alot of useful information in the article...

I found this interesting when I came across an article that talks about the difference between real food and processed foods or food products... This is a snip-it of it... 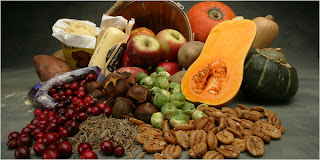 How Can You Identify REAL Food?

There are major incentives to center your diet on real foods as opposed to “food products,” the primary one being it is essential for optimal health. Real foods also taste delicious, and when bought from sustainable sources help to protect the environment. So how can you tell the difference? 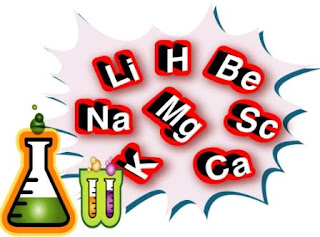 After studying up on this subject, I think I need to be vegan... Ughhh, it makes me sick to my stomach to even think about what they are allowing in our food and they say it is safe to consume... Yeah right!

Here is a video that you can watch about some of the things that are on our food... It isn't just pink slime... It's just a small part...


Click Here for Video
I liked one part of the video where he was saying if you want to kill yourself, then by all means, do it, but don't give it to your kids... If you want to check out this guys homepage for more information click here...
Posted by Sandie at Sunday, April 08, 2012