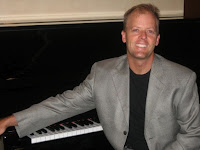 The proceeds from this concert will go towards the Arts Counsel and Kidney Foundation at Snow Canyon High School. Special guests are Matt Clayton, Craig Green and George Grant.

Below is some information about Trent that is put out by RadioIndy... But my personal review of Trent is. He is a great guy with a big heart and loves to give back... You won't be disappointed...

Inspirational and exquisite heart felt piano with a beautiful blend of light orchestra and jazz, creating a deep relaxing and thought provoking mood which takes you on a musical journey.

Bio: Trent was born and raised in Idaho and Bountiful, Utah. He is a pianist/composer who has always had a deep appreciation for self expression through music. He grew up playing saxophone and piano at an early age while studying his favorite topics: jazz and learning other instruments. Trent had a knack for his ear training. He would hear a song on the radio and later that day sit down on the piano and pick out chords and melodic leads. He started composing his original works in junior high school and continued his passion of learning “licks” in jazz band throughout high school and college. After his two year church mission to Norway, he came home and continued his music scholarships and studies.

Trent Dransfield was later accepted to Lamont School of Music and attended CU Denver where he studied composition and recording engineering. He also did advanced studies with Berklee College of Music online while supporting his family in the medical field and running several side businesses.
In 2005, his Debut Album “Far Away” was released and he immediately earned awards for best piano, track of the month/day, best keyboards all time#3 and made the top 20 all time list for the ambient categories. He also went on to score for several commercials. He continues to score for commercials and jingles, while performing his inspirational concerts with his orchestra. He says his purpose in life is to inspire and uplift others through his talent which he loves to share. In 2008, he released the powerful and soothing CD “The Innocence”which has already received incredible reviews!
Posted by Sandie at Tuesday, April 14, 2009